You are using an outdated browser. Please upgrade your browser to improve your experience.
by Karen Freeman
September 8, 2016 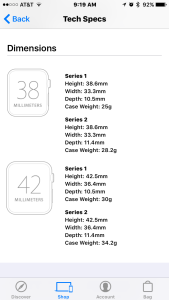 Tech Specs for the Apple Watch Sport Series 1 and 2 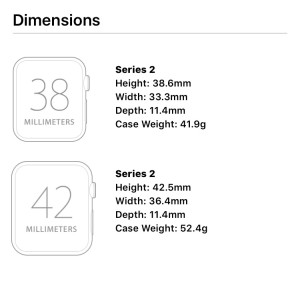 I wouldn’t think a difference in measurements like this would affect your buying decision, especially since that little bit of extra bulk is easily outweighed by some great features. But it’s definitely not the lighter, thinner Apple Watch Sport that some had hoped for. At least the band connectors remain the same, so our Apple Watch band collections are safe for now.