You are using an outdated browser. Please upgrade your browser to improve your experience.
by Abdel Ibrahim
March 3, 2015

We’re just a few days away from Apple’s Spring Forward event, and I continue to ponder where Apple will price the mid-range Apple Watch. (I also wonder if they’d have called the standard version “Steel” if Pebble hadn’t already claimed that name.) Personally, I keep thinking that a $200 to $250 premium over the Sport would work to help up-sell the stainless build, underscoring to consumers that the better materials have the ability to take on sport, casual, and luxury personalities. This perceived triple duty might even be more important to buyers than the more premium materials themselves.

But every time I start ranting on Twitter, notable folks stop me in my tracks to suggest that the stainless Apple Watch will cost closer to $700 on the low end and well over $1000 — possibly all the way up to $2000 — on the high end.

The reason why I’m having a hard time grasping this is because a $700-plus Apple Watch doesn’t seem to be a wearable for the masses. That sort of price would make it a device for people who make good money and are willing to shell out mid-range iPad cash for what is arguably an “accessory” that you can’t share (and that presents a dynamic use case about which the dramatic majority of potential customers are still completely in the dark). If they’re right, I’m going to be sorely disappointed. I want a stainless Apple Watch, but not for a grand, or anywhere near it.

So I may well have to settle for Sport. That’s not so bad, but it’s just not as obviously versatile as I’d like. Which got me to thinking: What would Apple Watch Sport look like if you put some of the stainless line’s Bands on it? Since the lug mechanism is the same for all versions of Apple Watch, you can technically put whatever Band on whatever model you want. Some just look better than others. To that end, I fired up Photoshop and stuck the Leather Loop on the silver aluminum Sport chassis. And I actually think it looks pretty slick: 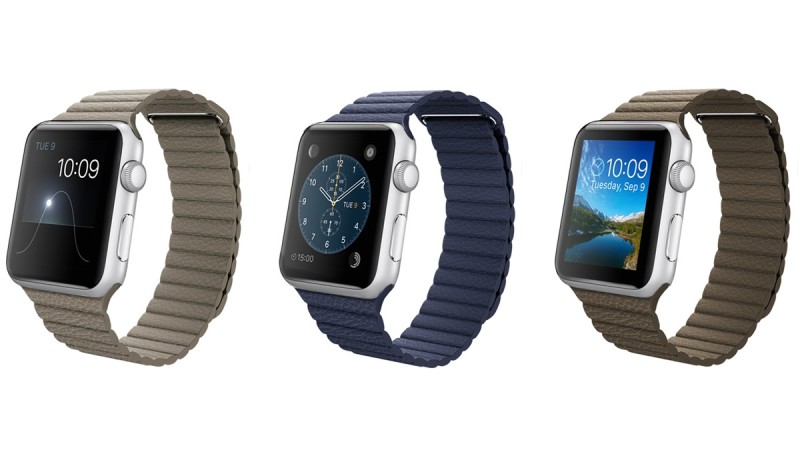 Of course, this really only works well with the Leather Loop. Why? Because the rest of the Bands use a polished metal piece to connect to the matching polished stainless Apple Watch body. On the matte aluminum Sport, that’s a little bit disruptive from an aesthetic standpoint. With the Leather Loops, however, the leather goes all the way into the lug cut-outs on Apple Watch itself, while the polished hardware of the strap closure remains more or less hidden on the underside of your wrist.

Still, it’s interesting to see that Apple isn’t showing these Bands on the Sport version. My guess is that they really want you to think the Sport is just for sports, and they’d prefer you jump up to the stainless tier if you have any other uses in mind. My only issue is that if Apple Watch “Regular” is double the price, I don’t think I’m going to go for it.

And I’m pretty sure there are millions more customers who feel the exact same way.

Update: A few folks asked me to mock up how the space gray Apple Watch Sport would look with the Leather Loop Bands. Here are a couple of mockups on the 42mm version. Not bad. Not bad at all. 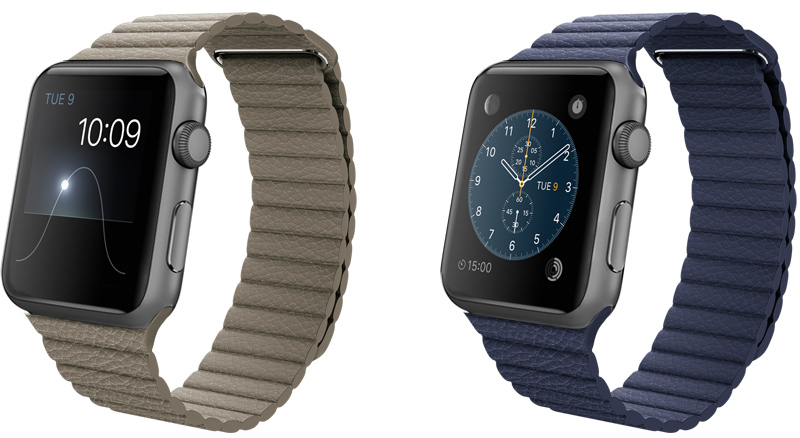 Update 2: Twitter user @bleuhausnick has mocked up some more combinations for Sport, using the other Bands that are more finish dependent (full gallery). And, at least as presented in press photos, the difference from matte aluminum to polished steel isn’t as garish as I would’ve thought: