You are using an outdated browser. Please upgrade your browser to improve your experience.
by Jeff Byrnes
September 12, 2017

Much to nobody’s surprise, given the iOS 11 GM leak over the weekend to several tech news outlets, Apple just announced the Apple Watch Series 3. The reveal came during the “Let’s meet at our place” September 12 event in the Steve Jobs Theater on Apple Park Campus. The latest wearable device has a major new feature, but the rest of the changes are quite subtle.

In fact, the only real change in the Apple Watch Series 3 is the addition of LTE capability. There are now two models of each Apple Watch variant, a non-LTE version and one with LTE. This cellular capability was predicted by noted KGI Securities analyst Ming-Chi Kuo, who thought it would only be for data connectivity.

After the iOS 11 GM leak, we noticed a phone complication on the Watch face, along with a signal meter. The phone complication hinted at calling capabilities, and those are actually present in the LTE model of the Apple Watch. You can place calls using your Apple Watch, without being tethered to your iPhone. To support great reception, the entire display is utilized as a UMTS and LTE antenna. The Watch will share the same phone number as your iPhone, and utilizes an electronic SIM card. 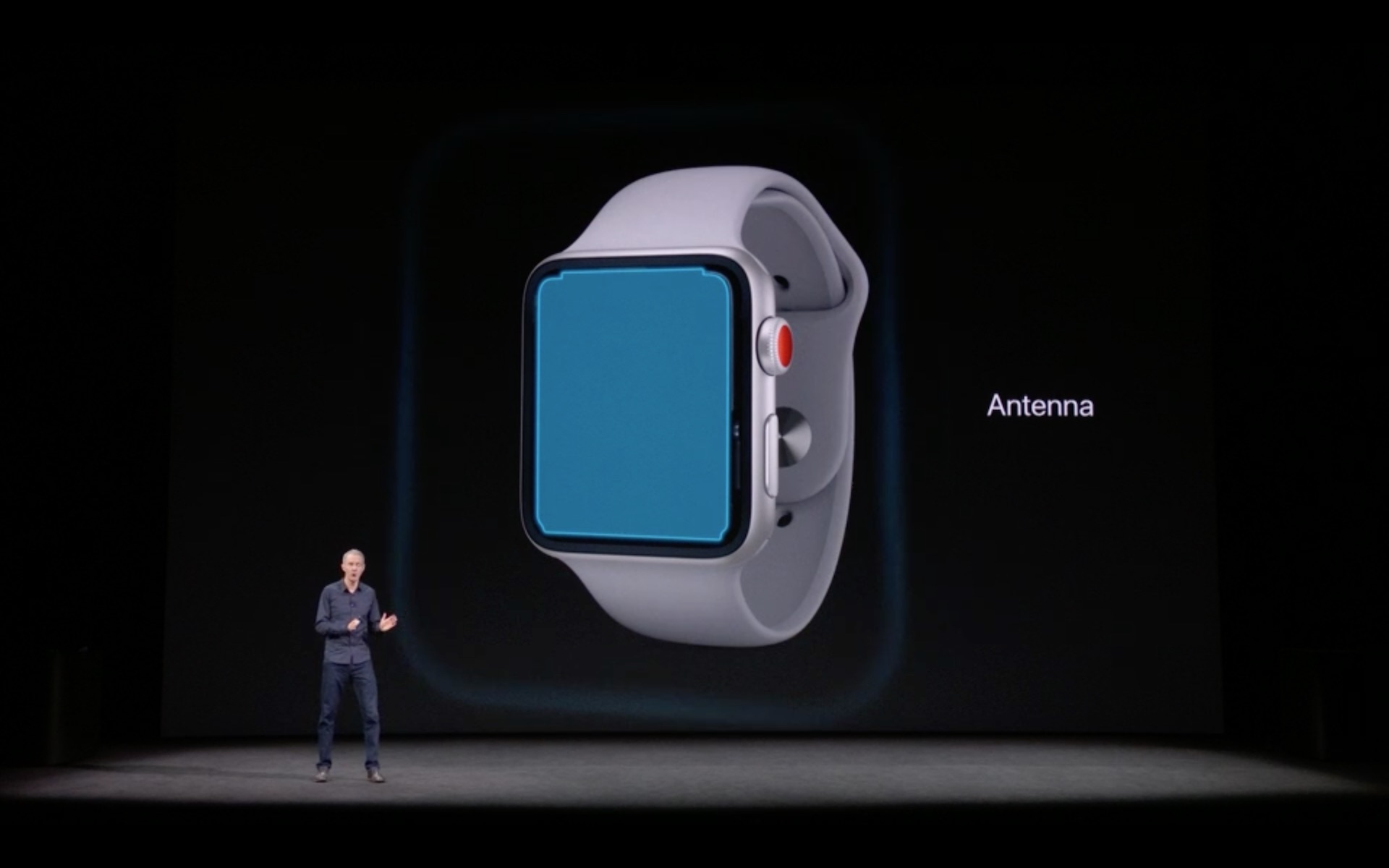 You can also enjoy streaming data without your iPhone nearby, meaning you can listen to the likes of Apple Music, Spotify, and Pandora without having your handset with you.

You’ll know the LTE model of the Apple Watch by the red accent on the Digital Crown.

Now, however, you have two more options. In the aluminum varieties, there is now a blush gold color, and a gray ceramic option provides another option with that case material.

Cupertino also pulled the curtains on some new bands to go along with the Apple Watch Series 3. Existing Watch bands will still fit the wearable device, but new color options have been announced.

A deep red band that matches the accent on the LTE model’s Digital Crown is among the new selections, as are new bands by Hermés and a new color scheme for the Nike Plus variant.

The non-LTE Apple Watch Series 3 will retail for $329 and up, while the LTE variant will start $399. The new wearable device remains available with both 38mm and 42mm case sizes.

The LTE service plan for your Apple Watch Series 3 will cost $10 per month from AT&T and Verizon, with Verizon offering three free months of service for the wearable device. No word yet on pricing from Sprint or T-Mobile.

Customers will be able to preorder Apple Watch Series 3 beginning Friday, September 15 in the United States, United Kingdom, Australia, Canada, China, France, Germany, Japan, Puerto Rico, Switzerland, Taiwan, and the US Virgin Island. The wearable device will begin shipping on September 22. Apple Watch Series 3 with GPS-only capability will be available in the United Arab Emirates on September 23. Other countries will begin getting the new device in 2018.