You are using an outdated browser. Please upgrade your browser to improve your experience.
by Abdel Ibrahim
April 8, 2016

Fluent Research recently conduced an interview with over 2,500 American’s nationwide and determined that the Apple Watch is nearly 8% of American’s already own an Apple Watch.

The survey asked users why they purchased one as well as various other questions regarding usage. Interestingly enough, Fitness was one of the top reasons why folks purchased one. Here’s what else they found: 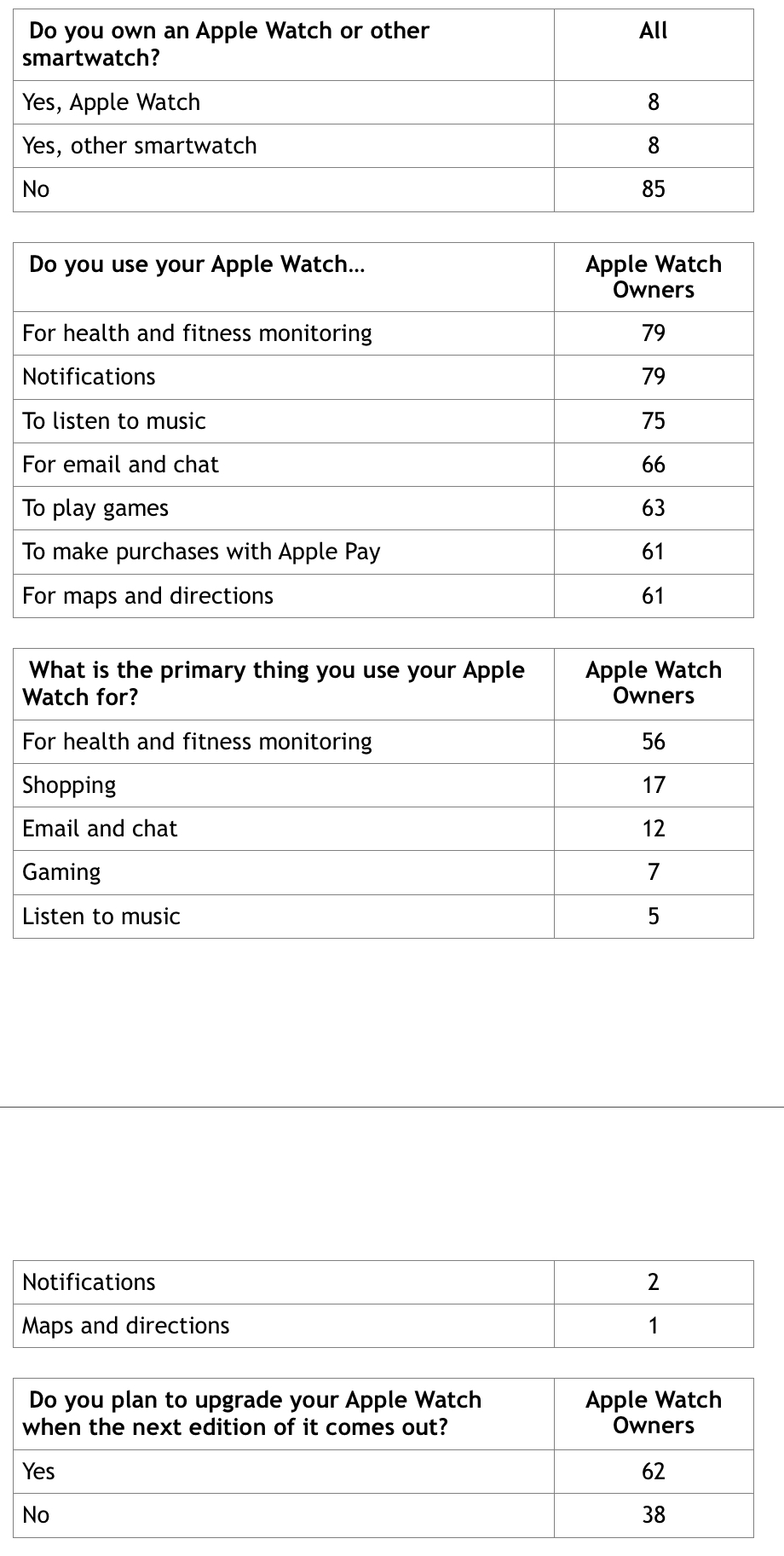 Of course it’s still early days, and people have no problem calling it a flop despite Apple selling likely over 12 million in the first 12 months. To think we’re just in the early stages of this device makes me quite bullish on the future. It will take time, but I have no doubt that this will be the type of product that many of us will use in the years to come.