You are using an outdated browser. Please upgrade your browser to improve your experience.
by Andy Faust
April 30, 2015

At $83.70, IHS says the hardware costs of the Apple Watch are “only about 24 percent” of the manufacturer’s suggested retail price of $349, while other Apple product component costs have ranged from 29 to 98 percent, giving the Apple Watch a higher potential profit margin. …

That second paragraph above is key, as IHS hasn’t endeavored to assign costs to any of Apple Watch’s R&D, which you may recall was internally referred to as a “black hole” responsible for sucking in a seemingly never-ending flow of manpower and funding during its four-year development. Here’s everything IHS included in their breakdown: 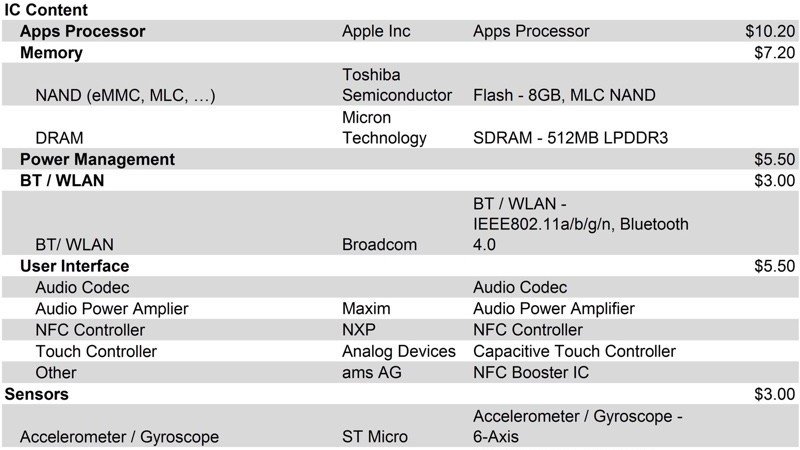 Between Apple Watch’s expensive development, the Taptic Engine’s manufactory failings, and Apple’s own admission that the margins on the initial run will be among the lowest of the brand’s many product lines, it’s pretty clear that there are billions upon billions of dollars for the wearable to recoup before Apple Watch can justifiably be considered a profitable product.