You are using an outdated browser. Please upgrade your browser to improve your experience.
by Abdel Ibrahim
March 13, 2015

It’s been a few days since we’ve pretty much learned all there is to know about Apple Watch (at least, as much as Apple itself is willing to share, anyways). Given that the wearable is the first new product category to come out of Cupertino since iPad in early 2010, I thought it would make sense to look at some of the old online polls about that launch to better understand what kind of reception is indicated for this one. A quick Google search came up with several polls from various big-name tech sites. Look at the results, and you might be surprised: 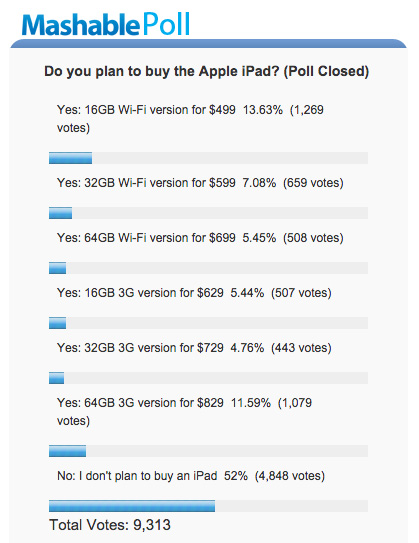 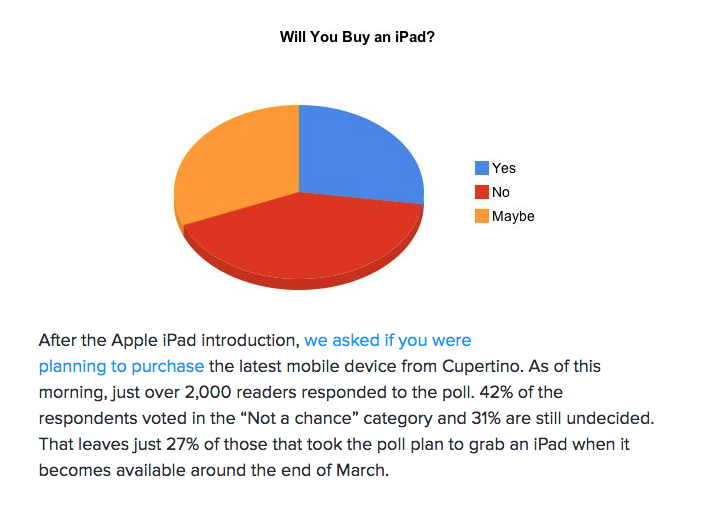 In each of these polls, more than 40 percent of the voters said they were not getting an iPad. Five years on, and Apple has sold more than 200 million of them. A simple majority might not be shockingly impressive, but it is absolutely overwhelming when scaled to the global population. Keep that in mind as you check out the next set of polls, which asks readers to chime in on whether or not they’ll be purchasing Apple Watch when it launches at the end of next month: 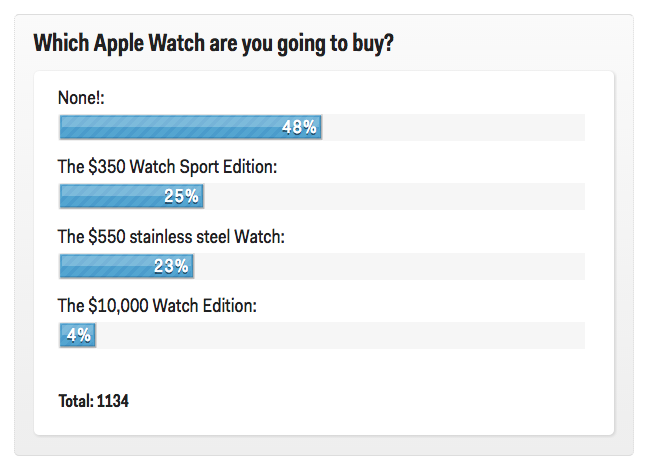 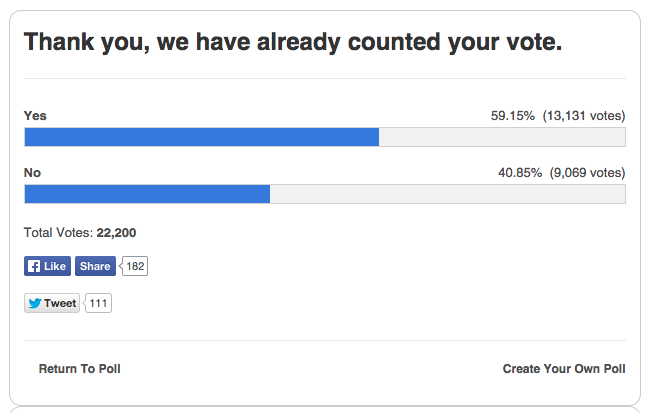 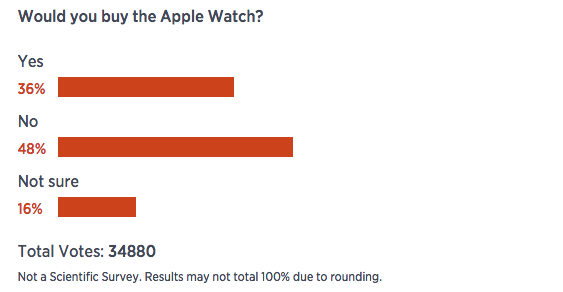 I bring this up because I believe people are usually very quick to dismiss products before they use them or even see them in action. For many folks, all it takes is a few minutes of interaction with a new device before they fall in love and vow to purchase one as soon as possible. Of course, it’s also possible that the 40 percent to 50 percent of users who claim disinterest actually maintain that vow, and that Apple simply sells to the other half of the market who were interested from the start. There’s no way to know for sure what percent of original iPad naysayers ended up getting an iPad, but we do know that Apple has dominated every aspect of the market since day one. If Apple Watch can capture even half of the iPad business, I’d call it a huge success. 20 million units a year isn’t peanuts, even for Apple.

I can’t wait to see the sales numbers for this thing.