You are using an outdated browser. Please upgrade your browser to improve your experience.
by Karen Freeman
January 24, 2017

Apple Watch users have been clamoring for a functional band, one that does more than just hold the Apple Watch onto the wrist. Could that be in the works? As we know, Apple files for many patents that never make their way into actual devices. But Apple Insider has noted a new patent, No. 9,553,625 just granted by the U.S. Patent and Trademark Office that is worth a look.

This functional band is a modular design. Each modular link looks and connects a bit like the current Link Bracelet, only it contains electronic components.

I found this paragraph from the lengthy patent description to be particularly interesting:

This opens up all kinds of possibilities for what a functional band might do. It certainly points to Apple’s continuing innovation in the smartwatch market. It indicates further innovation into the health aspects of the Apple Watch as well as communication technology such as cellular and NFC antennae.

The patent does not mention the Apple Watch specifically, only “wearable device,” so perhaps this modular functional band is intended for a future product. Of course, we have no way to know if this patent will come to fruition someday at all. Only Apple knows, at this point. 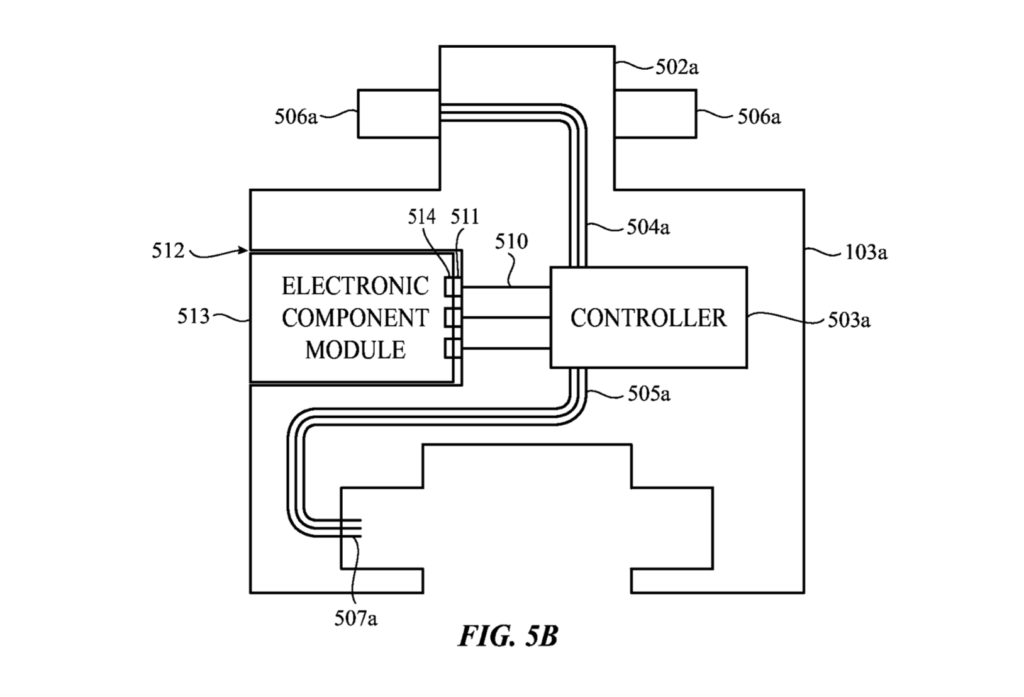