You are using an outdated browser. Please upgrade your browser to improve your experience.
by Karen Freeman
September 29, 2016

Whether you’ve just purchased an Apple Watch Series 2 or you’re still rocking an older model, a new watch band is a fun way to show off your individual style. While some companies specialize in making knock-offs of the official Apple Watch bands, others bring something different to the table.

Nyloon, a Spanish company that ships worldwide for free, offers some familiar styles and some styles I haven’t seen anywhere else. While none of their bands are exact knock-offs of Apple’s, they do offer their own version of the Pride Apple Watch Band, which was a limited edition watch band that Apple gave to its employees involved in the San Francisco Pride event. While it was never sold to the public, demand for the attractive rainbow Apple Watch band was high and a number of copies made it to the market. Nyloon sells a lovely version of this band. While it’s not an exact knock-off, they do a nice job of blending the rainbow colors in a pleasing way.

I was sent a band in the style Fiji for review. I like that it doesn’t look like any other Apple Watch Band I’ve seen around the web. It feels like a stiff nylon or canvas band; the pattern is woven into the fabric of the band. Although it’s stiff, it feels quite comfortable to wear, in fact, I don’t even notice it’s on. My wrists measure 145mm, and this band runs a bit large for me. I had to take it to a jeweler to have another hole punched for me to get a proper fit. The adapters don’t slide on quite as buttery as I’d like, but once they are on they feel secure and look good. 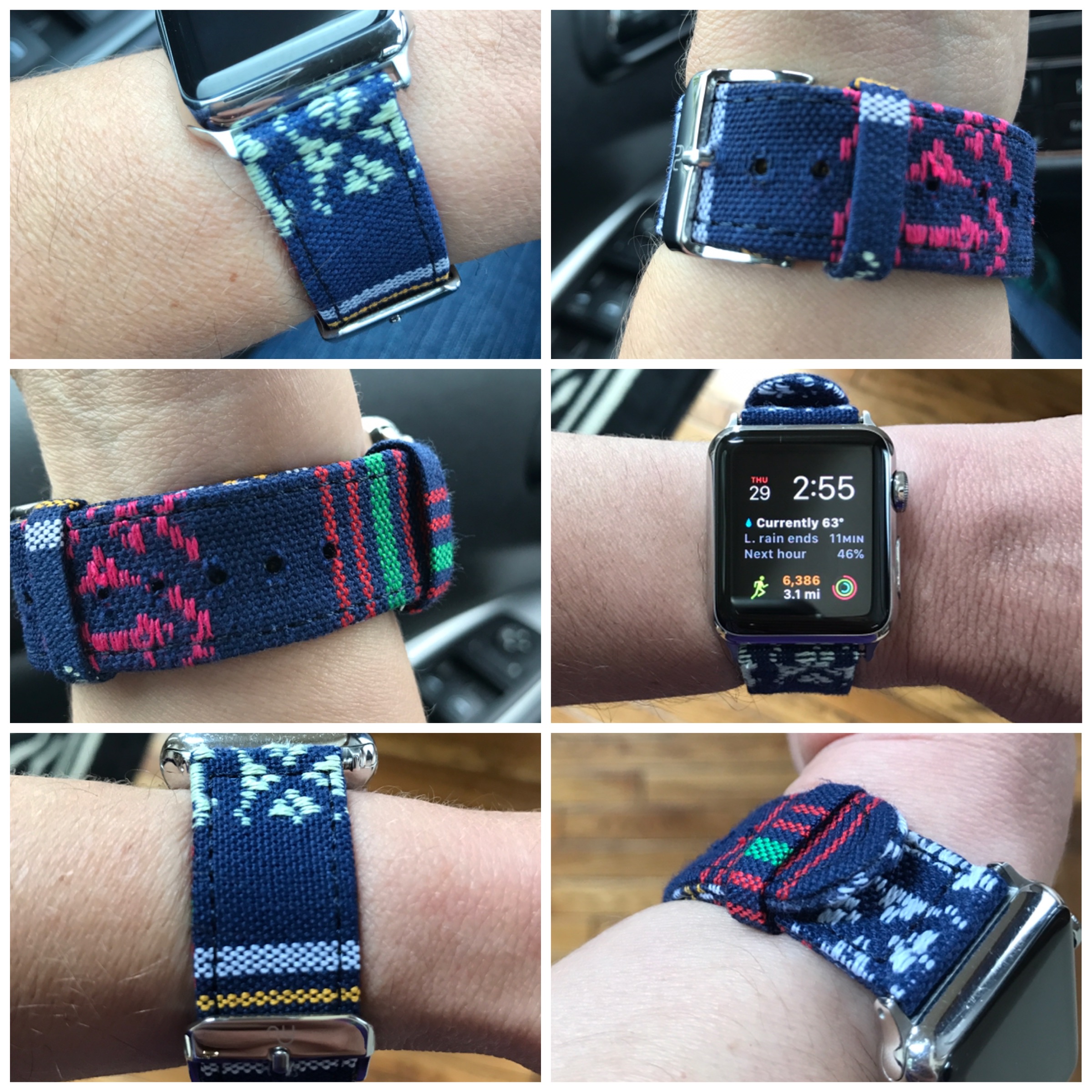 Nyloon sells 11 different colors/styles, each is €34.95 with free shipping around the world. In US dollars, that is $39.20 as of this writing. Each style comes in either the 38mm or 42mm size and you can choose your adapter in black, gold, rose gold, or steel. You can purchase these bands on Nyloon’s site.

For straight-up Apple third-party bands, check out our buyer’s guide.