You are using an outdated browser. Please upgrade your browser to improve your experience.
by Abdel Ibrahim
November 11, 2015

In Wristly’s most recent survey on Apple Watch titled “In the Wild”, Watch wearers were asked how often they see other Apple Watches out in the wild. According to the survey, only 30 percent of respondents said they saw “none” in the wild. The rest (70%) say they see at see at least “one to two” daily, with 9 percent saying they see “Five or more.”

Although 30% of our respondents didn’t observe any Apple Watches around them during the last week, a little over a quarter of our panel has seen at least three or more. We will look at the data on a geographical basis and try to assess potential “network” effect for the distribution of the watch. For example, we are assuming that the more Apple Watches you see around you, the more likely you might be interested to get one.

Interestingly when observing other Apple Watch wearers, most respondents have a very positive feeling with 73 percent saying they felt “positive in seeing other adopt.” Only 9 percent said they felt nothing special. 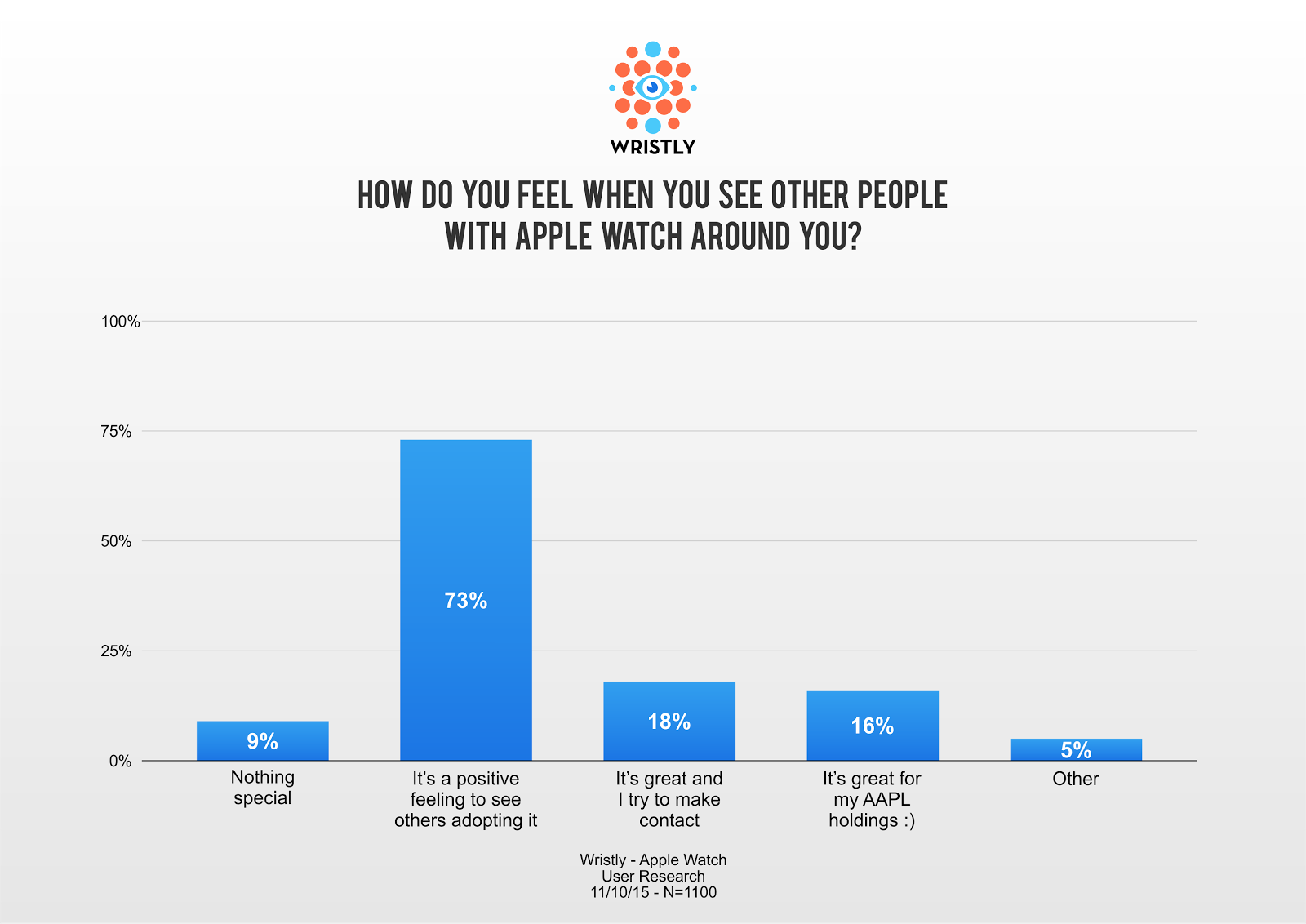 The Apple Watch is still creating quite a bit of buzz according to the survey. Nearly 90 percent of wearers say they get asked about their Apple Watch.

89% of our panelists responded that they have had at least one other person inquire about their Apple Watch in the last month or so and a third several times a week. Clearly there is a lot of consumer curiosity around the product!

When it comes to why some have no bought the Apple Watch, the number one cited reason by 34 percent of respondants was that it was “too expensive.” The second biggest reason stated by 21 percent of respondents was because they didn’t have an iPhone. 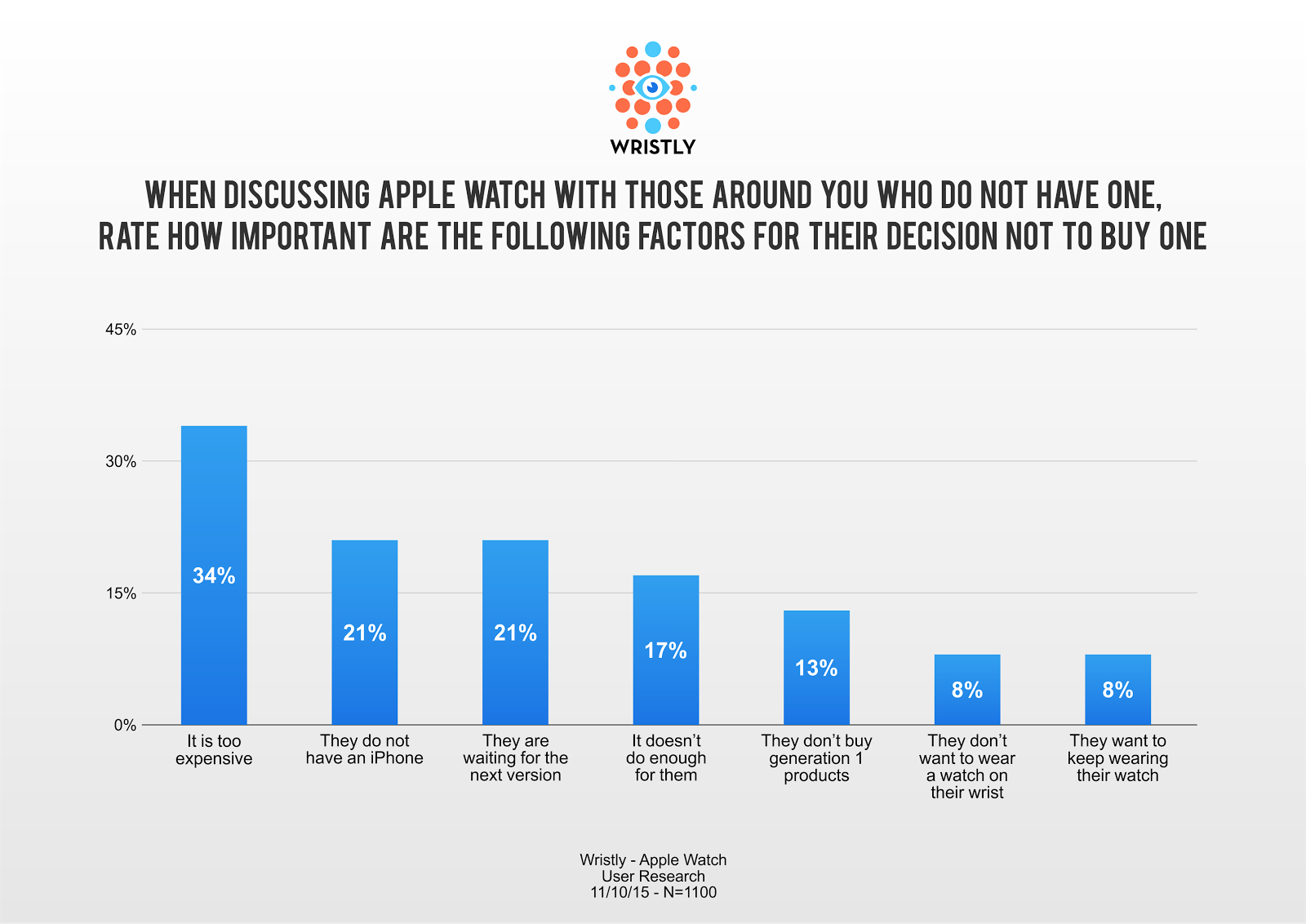 Finally when it comes to satisfaction, 12 percent of respondents said they know at least one person who has stopped wearing their Apple Watch. Wristly has not published their reasonings as to why, but they’re gathering information and hope to have answered soon. If you’re one of this folks, you can take that survey here.

All-in-all, it looks like the Apple Watch is doing quite well with mostly positive vibes coming from wearers as well as from folks who seem interested about it. Given that this is a first-generation product with lots of missing functions, we expect satisfaction and interest to only go up from here.

You can check out the entire Wristly report here.