You are using an outdated browser. Please upgrade your browser to improve your experience.
by Abdel Ibrahim
July 28, 2015

We’re just over three months in since the Apple Watch has launched and many early adopters are finding that the Watch has helped motivate them to be healthier individuals, according to research firm Wristly. Between exercising, playing sports, and making healthier choices, Wristly found that many Apple Watch owners are taking significant advantage of the health and fitness features included in the Apple Watch. 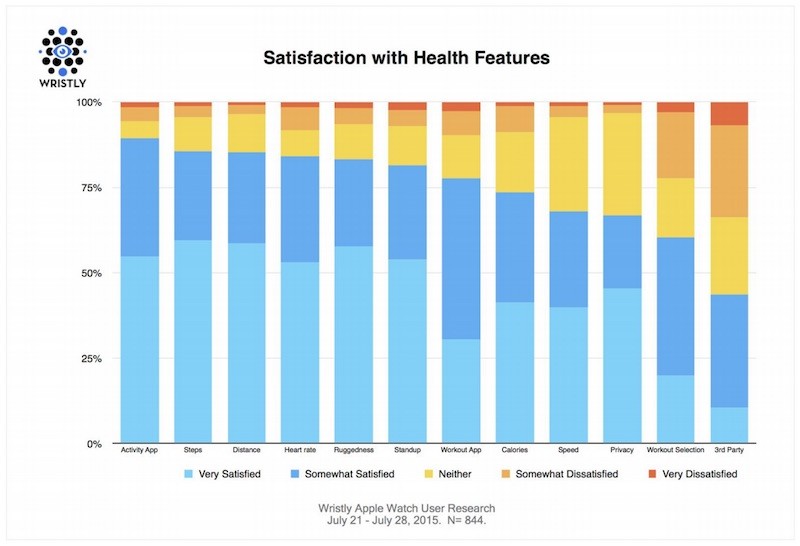 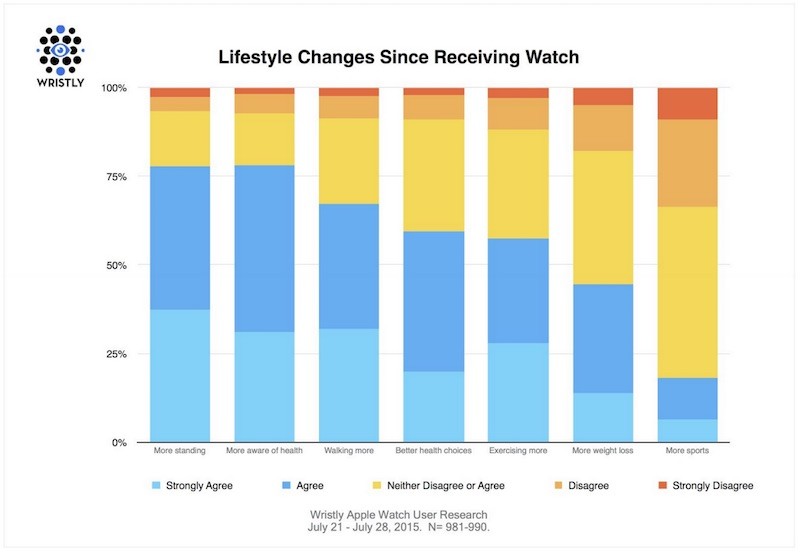 Of course, we all know that the Apple Watch isn’t the only wearable that helps get people into shape, but it does appear that Apple is onto something. I can personally attest to the fact that I work out far more than I used to because of the Apple Watch and the achievements, progress updates and Activity rings have made me a much more active individual. That, combined with a smart scale (more on that later) have really changed how I approach my health.